Diamonds have been treasured as an ultimate gemstone since their use as religious icons and the most beautifying mark of elegance in ancient India.

Diamonds are said to be the best friends of ladies. A jewellery collection without a precious diamond is just incomplete.

So, we at Johareez.com, an online jewellery shopping store present you an exquisite accumulation of the most precious diamonds of the world to complete your jewellery aggregation with a touch of royalty, richness, luxury & class which imbibes the Ocean Dream diamond originated in Central Africa, and is currently owned by the Cora Diamond Corporation with rich deep blue green color.

The Cullinan diamond discovered at Premier Diamond Mining Company in Cullinan by Frederick Wills with white crystal like glass color.

The Hope Diamond originated in Kollur mine in Golconda, India with its dazzling dark greyish blue color.

The Earth Star Diamond with an incredible shine discovered at South African mine of De Beers, the Jagersfontein Mine in becharming brown color.

The Golden Jubilee Diamond & the Centenary Diamond at Premier mine in South Africa. The Golden Eye Diamond is enriched with lots of gleam & is found at Kimberley area of South Africa.

The Kohinoor Diamond which is world famous, originated at Kollur, Guntur district in the state of Andhra Pradesh in India.

The Spirit of de Grisogono originated in West Central Africa and The Blue Heart Diamond with its rich, rare and deep blue color.

So, just dont give a second thought and make them a part of your gorgeous persona that will enamor the hearts of one and all. 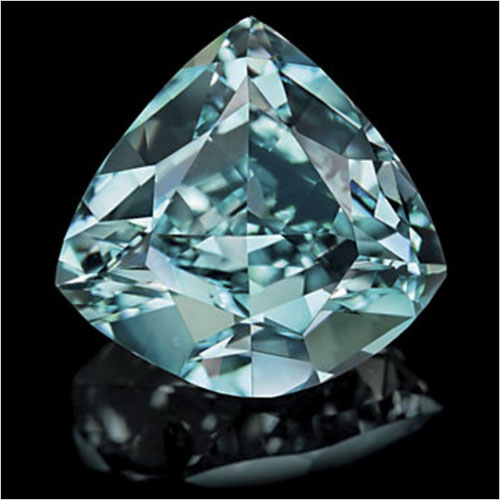 The Ocean Dream diamond is a natural diamond with an unusual and fancy deep blue green color just as the color of the ocean. This is a trust worthy information given by Gemological Institute of America that its distinct hue is a result of millions of years of exposure to natural radiation or due to the flaws in the atomic structure of the stone.

It is a one of the rarest diamond which weighs 5.51 carats enriched with rich blue – green hue.

The Ocean Dream diamond originated in Central Africa, and is currently owned by the Cora Diamond Corporation.

For the very first time, in the year 2003, the rare Ocean Dream diamond had been displayed in the collections of the “The Splendor of Diamonds” held in the Smithsonian Museum, Washington along with other various rich and rare diamonds.

Its color is so distinct that that many gemologists thought that it was synthetically colored in the laboratory and the most distinguished factor about Ocean American diamond is that no diamond has been found of this color and shape, till date. 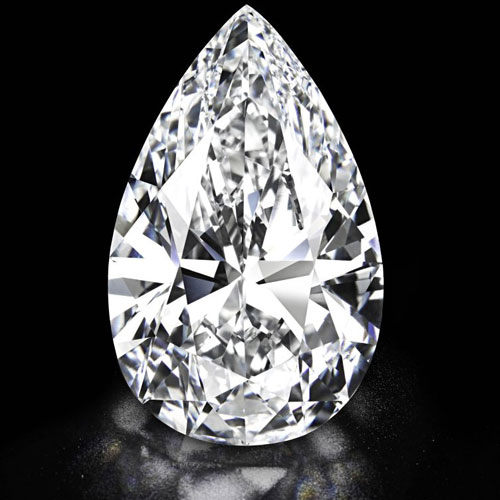 The Cullinan diamond is the largest rough gem-quality pear shaped diamond ever found with a weight of 3,106.75 carats. It color is white crystal like glass.

The credit of the discovery of Cullinan Diamond goes to Frederick Wells, surface manager of the Premier Diamond Mining Company in Cullinan, which was excavated on January 26, 1905.

Frederick Wells was walking through the mine when he discovered the Cullinan diamond which looked like a big piece of glass, as being embedded in one side of the mine wall.

An amount of $10,000 was rewarded to him for his discovery. This stone was named after Sir Thomas Cullinan, the owner of the diamond mine.

After its discovery, this precious diamond was purchased for $800,000 as a souvenir for King Edward VII for the occasion of his 66th birthday.

Cullinan is now mounted in the head of the Scepter with the Cross.

The special touch about this diamond is that it is renowned as the largest cut diamond was cut into three large parts by Asscher Brothers of Amsterdam, and eventually into 9 large gem-quality stones and a number of smaller fragments. 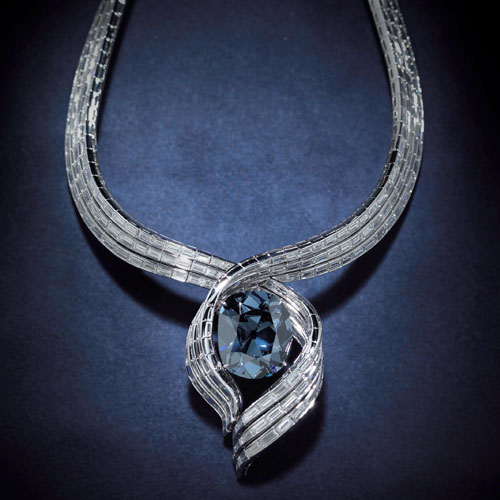 The Hope Diamond is a large superfine deep-blue diamond which weighs 45.52 carats, housed in the Smithsonian Natural History Museum in Washington, D.C.

It is believed to have been excavated from the Kollur mine in Golconda, India. Gemological Institute of America describes its color as “fancy dark greyish-blue.” It refuses to highlight its name, as the diamond is believed to bestow a curse to its owners.

A distinct feature about this stone is that it exhibits an unusually intense and strongly-colored type of luminescence which after exposure to short-wave ultraviolet light, the diamond produces a brilliant red glow-in-the-dark effect that persists for some time after the light source has been switched off.

The Hope Diamond is blue to the naked eye because of trace amounts of boron within its crystal structure. Its estimated value is $300–$350 million USD £150-£175 million GBP. It got its name in 1830 after the king Henry Philip Hope of London. 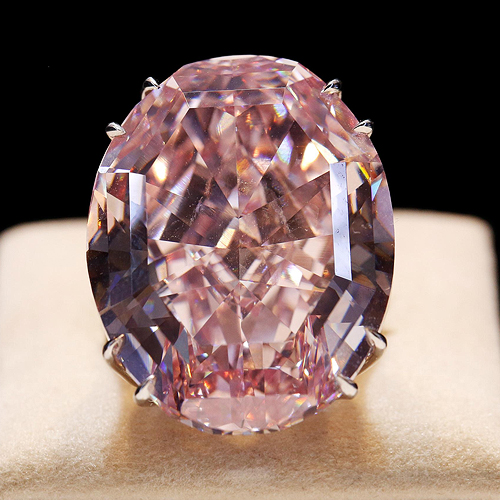 The Earth Star Diamond was found on May 16, 1967 at South African mine of De Beers, the Jagersfontein Mine.

The name of the diamond seems to have been inspired by two of the unique characters of the stone, viz. the strong brown color, and its extraordinary brilliance, which led the owner of the diamond, Mr. Joseph Baumgold, of New York, to name it the “Earth Star”.

The emergence of Earth Star diamond came from the 2,500-foot level of the volcanic diamond-bearing pipe.

The rough gem weighed 248.9 carats and was cut into a 111.59 carats pear-shaped gem with a strong brown color and extraordinary brilliance.

The diamond was found to have a greater degree of brilliance than is usually seen in a gem of such a strong color.

The combination of color and brilliance forced Joseph Baum gold to name it as the Earth Star. 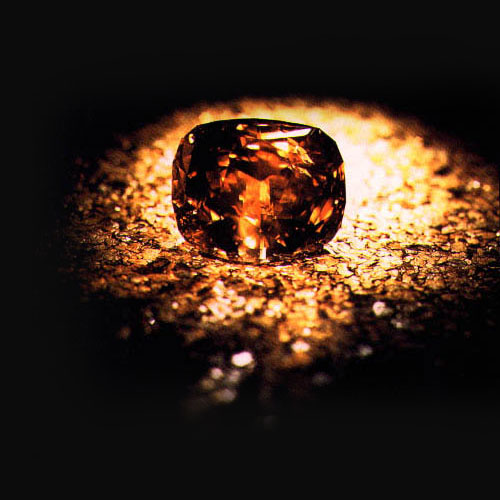 Golden Jubilee Diamond is currently the largest cut diamond in the world.

The Premier mine in South Africa which is one of the most famous diamond mines in the world operated by De Beers was the origin of the Cullinan diamonds as a rough stone of 755.5 carats in 1985.

In the year 1955, it was purchased from De Beers by a group led by Henry Ho of Thailand after being cut into a 545.67 carats gem.

The Golden Jubilee Diamond has been exhibited at Henry Hos 59-story Jewelry Trade Center in Bangkok, the Central Department Store in Lad Prao (Bangkok) Thailand, and internationally in Basel (Switzerland), Borsheims in Omaha, USA (owned by Warren Buffetts Berkshire Hathaway Inc.), and Gleims Jewelers in Palo Alto, USA. It is now located in the Royal Thai Palace as part of the crown jewels. The Golden Jubilee Diamond is currently the largest cut diamond in the world. The Premier mine in South Africa which is one of the most famous diamond mines in the world operated by De Beers was the origin of the Cullinan diamonds as a rough stone of 755.5 carats in 1985. Its color has been graded as fancy yellow brown color. 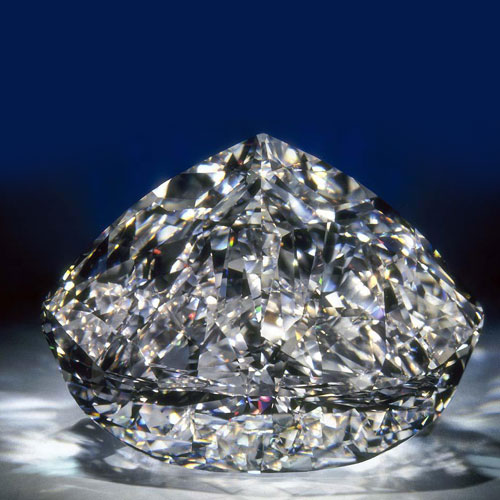 The De Beers Centenary Diamond was discovered in the Premier Mine on July 17, 1986 using their X-ray imaging system at 273.85 carats.

It is the third-largest diamond to have been produced in the Premier Mine. Gemological Institute of America has rated the Centenary Diamond as grade D color, which is the highest grade of colorless diamond and is internally and externally flawless.

On May 11, in the year 1988 it was named as the Centenary Diamond as it was presented in the rough for the Centennial Celebration of De Beers Consolidated Mines. In May 1991, it was unveiled in its final form with complete cut & polish. Its estimated value is at least USD 100 million.

The final gem had 247 facets: 164 on the pavilion and crown, and 83 on the girdle. There were 13 designs presented to the De Beers board and with strong recommendation it was finally described like a heart-shape, but it does not have a groove. The image the team had in mind was a shape which would adorn the turban of a Sultan or a Maharaja. 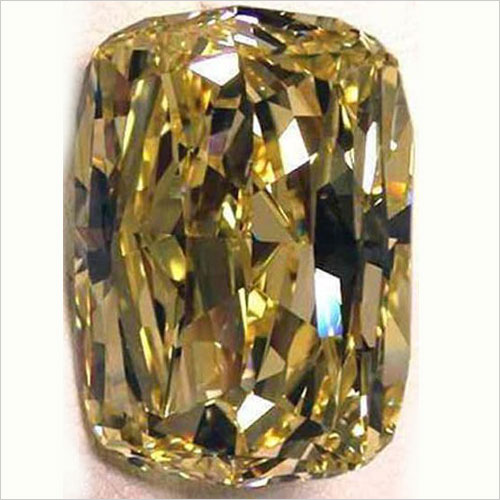 The estimated value of the Golden Eye Diamond is around $20 million dollars. The diamond is so unique that it may be difficult to place a conventional value on it, though authorities plan to have it formally appraised.

It was clutched by federal authorities in Ohio. It was approved to be auctioned by a federal judge. It has been originated in the famous Kimberley area of South Africa. It is one of the purest and rarest stones in the world which is the most precious and precious of all.

The presence of trace amounts of nitrogen is responsible for the yellow golden color in these diamonds. Internally flawless yellow diamonds account for less than 0.1% of all naturally occurring diamonds. Therefore the Golden Eye diamond is an extremely rare diamond. The Golden Eye Diamond creates exceptional jewelry to adore. 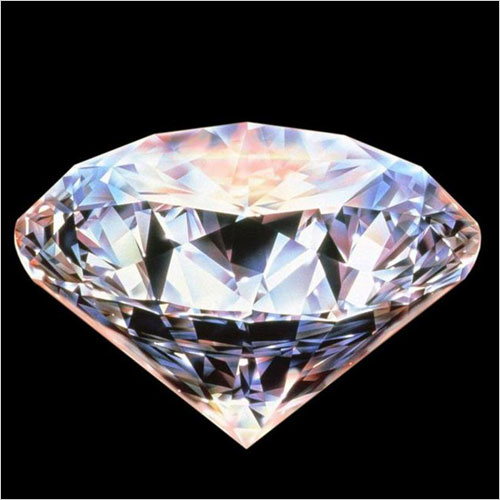 The word Kohinoor means Mountain Of Light. The Kohinoor Diamond is the diamond that was once known as the largest diamond.

The Kohinoor originated at Kollur, Guntur district in the state of Andhra Pradesh in India. In ancient time this precious diamond was owned by various Hindu, Mughal, Persian, Afghan, Sikh and British rulers who fought a lot.

It was finally seized by the East India Company and became part of the British Crown Jewels when Queen Victoria was proclaimed Empress of India in 1877. According to some sources, Kohinoor was originally discovered around 5000 years ago. It is believed that the Koh-I-Noor carries with it a curse and only when it is in the possession of a woman the curse will not work.

During ancient time, all the kings who owned it have either lost their throne or had other misfortunes befall them. The British are aware of this curse and so far, Queen Victoria and Queen Elizabeth II are the only reigning monarchs to have worn the gem. Where the monarch is male, the stone is passed to his spouse. The first owner of the Koh-I-Noor diamond was the Rajah of Malwa. Inspite of all this, Koh-I-Noor is a famous diamond all over the world currently in the hands of the British Crown. It has been said that whoever owns the Kohinoor diamond will control the world. 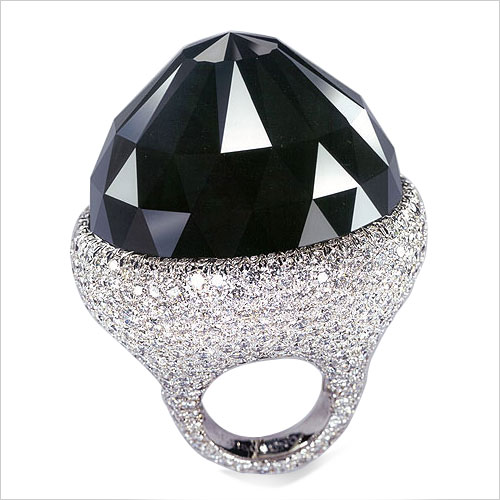 The Spirit of de Grisogono is the world’s largest cut black diamond and the original weight of the rough stone was 587 carats.

It is the world’s fifth largest diamond overall. Black Diamonds are said to the rarest diamond that ever existed and as per the Gubeli Gem Lab, Spirit of de Grisogono is the largest natural black diamond ever found. It is a truth that this diamond took more than a year to cut.

The diamond Spirit of de Grisogono is named so because it was set into a ring designed by the Swiss jeweler De Grisogono.

The ring that is admired and wished by women of all age. Several decades before this precious diamond were mined in West Central Africa.

The cutting was done in Switzerland according to the historical diamond cutting method of the Mughal Empire in India. 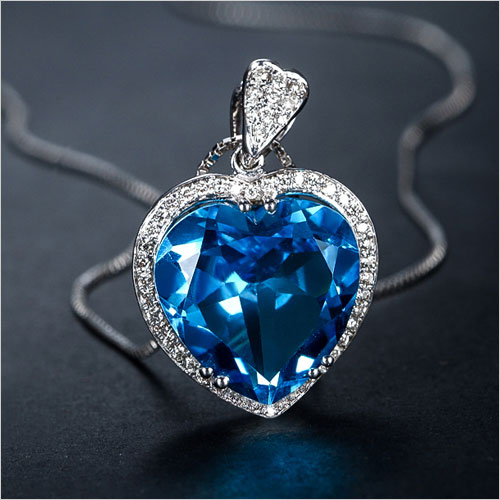 The Blue Heart is enriched with a rich, rare and deep blue color. It weighs 30.82 carats. In the middle of the year 1909 and 1910, it was cut by the Parisian firm Atanik Ekyanan of Neuilly.

This diamond is also referred as “Eugénie Blue”. Cartier purchased the diamond and sold it to an Argentinean woman named Mrs. Unzue in the year 1910.

At the time, it was set in a lily-of-the-valley corsage and remained so until Van Cleef & Arpels bought the gem in 1953.

This Blue Heart Diamond was set in a pendant to a necklace and was highlighted in an exhibition valued at $300,000 and sold it to a European titled family.

Then Harry Winston gained the gem in the year 1959, and sold it after five years mounted in a ring, to Marjorie Merriweather Post. Mrs. Post donated the Blue Heart to the Smithsonian Institute in Washington D.C., where it remains to this day.