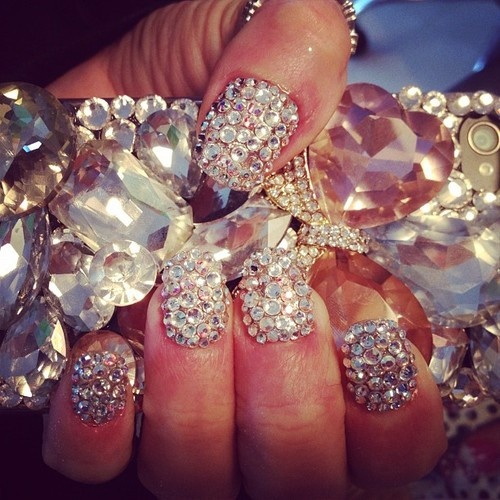 Jewel world is full of wonders and adding glories to its wonders are these rarest and world recorded gemstones. lets have a look at them.

Since 2005 Painite has been the rarest found mineral according to Guinness book of World Records with the bare number of 18 species in the whole world. Its quality of emitting UV rays and reflects various colors from different angles like pinks, reds and browns. It weighs around 2.54 carst. This extremely rare gemstone is priceless and is found in Mogok and Kachin State in Myanmar.

This heart shaped blue diamond which is formally owned by De beers group and cut by Steinmetz group. This eternally beautiful diamond was found in the Premiere mines of South Africa. This 27 carat diamond is worth 16 million dollars.

Red Diamond: The Most Expensive (In weight) non-radiological gemstone on Earth

In the world of gems and gemstones, its known fact that diamonds are very rarely colorful and those diamonds which are colorful are priceless. The rarest of colored diamonds is red diamond. Its largest species are called Moussaieff Red Diamond, which measures 5.11 carats. Originally it was known as ‘Red Shield diamond’. It is the single known most radioactive material.

Moon Rocks: Most Expensive Rock on the Earth

The extreme rareness of this moon rock can be verified with the fact when the raisin sized part of this valuable material was stolen from the museum of Malta and when it was returned by President Nixon, that much tiny part of the rock was valued more than 5 million dollars.

Recently a casino for paying money for outrageous things has agreed to pay $25, 000 and the money was to go to habitat for humanity.

Alexendrite is the 3rd largest natural rock on Earth. It was discovered in 1831 in the Ural Mountains of Russia. This rock stands out from others due to its color changing properties. The largest one weighed 1,876 and was found in Sri Lanka. The largest cut Alexendrite is at display at Smithsonian and weighs 66 carat.

Earlier shapeless, yet flawless Millennium Sapphire is the largest and highest priced ever sold. This weighs 61, 500 K. Valued between 90 to 500 million dollars this Sapphire was discovered at Madagascar in 1995. It is certified from Guinness Book of World Records that its World’s largest carved Sapphire.

World’s largest ruby is on sale by a company named 125West and this single ruby is 8.2 lbs and is 18,696 carats and looks semi-translucent to opaque. Though the exact selling price of ruby has not been declared yet but it will depend on how ruby is cut by whoever buys it. Carved by Thomas MacPhee over the course of 10 months it eventually produced a 302 carat stone with beautiful engravings and carvings. It is worth $500,000.

Found in 1967 and weighing 858 K this Gachala Emrald was named after a minig district. Found at Vega D San Juan this is now donated to the Smithsonian Museum by famous NY Jeweler, Harry Winston.

Also known as ‘pearl of Allah’ this pearl itself is valued at nearly 60 Million dollars and was extracted from a giant clam off the coast of Palawan in 1934 by a Filipino diver. It was given as a token of gratitude to an American named Wilburn Cobb for life saving act of saving Palawan Village’s son.

Known as the Cullinan I, or the “Star of Africa.” It was named after the owner of the mining company that found the Diamond. t was cut by Asscher in Amsterdam and weighs in at a whopping 530.20 carats, with 74 facets. Today, the Cullinan Diamond is the centerpiece of the scepter for King Edward VII.

The Earth’s biggest diamond pales grossly in comparison to the Universes biggest known diamond. Some 50 light years away, in the constellation Centaurus, lies the biggest diamond known at the heart of an old start that was once like our sun but has since faded and shrunk.