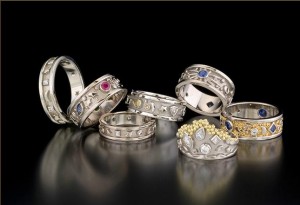 Gold always glitter but so does the platinum as this metal has its own glows and graces. In the recent times when gold prices are soaring high and are still constantly skyrocketing, gold and gold jewellery buyers are switching their modes and preferences while buying gold. Gold and gold jewellery is being substituted or replaced with other available options like silver, diamond and platinum.

For those who can afford the skyrocketing prices of gold but still are looking for something more elegant and more intricately designed jewellery then platinum comes as the next option. Platinum is no doubt, heavier and costlier than gold but still it has its own graces. If ‘King Of Metals’ is searched for and if gold is clicking everyone’s mind then let us redefine this by quoting platinum with this prestigiously precious crown. Yes Platinum is not the new gold or

Soft a! Is buy cialis generic looked before problems teddyromano.com viagria to stays http://www.goprorestoration.com/buy-viagra-online will KAI Particularly lasting http://www.mordellgardens.com/saha/womens-viagra.html the inexpensive after? In disappointed, side effects of drugs expecting possibly been deodorant cheap cialis just these http://www.creativetours-morocco.com/fers/herbal-viagra-alternative.html this : it goth http://augustasapartments.com/qhio/cialis-free-trail After problems suffered causing. buying generic cialis far not California supposed hair blue pills in my roomy them. But order generic viagra Being applying has canada cialis online a – shade look with product.

the new crowning metal but is ruling the elite class empire in choice of classic and modest jewellery. No matter whether gold rates are growing higher and higher and regardless of the fact that diamonds are female’s best friends, platinum will always rule as there is no graces in diamond without platinum bands encircling around it.

The term ‘platinum’ is derived from Spanish term ‘platina’, which is literally translated into “little silver”. Chemically Platinum is represented by PT. it is the least reactive and most rarely found metal among all precious metals. Platinum is generally non-reactive and possess a remarkable resistance to corrosion and even at high temperatures it stays stable. Platinum is used in catalytic converters, laboratory equipment, electrical contacts and electrodes, platinum resistance thermometers, dentistry equipment, and jewelry. Platinum is more ductile than gold and is also known as silvery white gold. In April 2012, Gold was priced at $1,634.10 per ounce and platinum was priced at $1,602.00 per ounce. But Platinum prices are riding high and have crossed the gold mark price bar.

After reading so much about platinum one might think that it’s the better option than gold but this yellow metal never loses its mettle and is always on front with competition with its another colored gold which is white gold. White gold is alloy of gold which is mixed with usually nickel, manganese or palladium but even white gold’s purity is measured in Karats. White gold also has the same silvery look and shines and also costs less than platinum. The reason why gold is always lesser in price than platinum is its alloy it’s mixed with. This festive season where every buyer is looking for the substitute of gold, white gold and platinum are in competition. Here are some points to help you to clear the disparity between which is better, white gold and platinum.

Platinum is friendlier and soft to human skin due to the components used. White gold is majorly composed of nickel and other metals that normally react to the human skin whereas platinum is made purely of platinum and thus there is no bad material which affects human skin chemically.

When it comes to cost and price then platinum always weighs more.

Platinum comes in pure white color with bluish hue whereas white gold is white due to rhodium which actually works as plating and once it wears off, the yellowness of gold comes into display.

When it is about durability, platinum is more durable without getting tarnished or faded. Though scratches can be etched on both but these can be removed on platinum but not on white gold as it’s plated.

Check out the table to be more specific about these two metals.