After three releases in the last two years, Issaq, Identity Card and 6-5=2, actor Prashantt Guptha is a busy man. With three more films in his kitty, the actor is looking forward to making his mark on the marquee this year. The actor is also the brand face of the men’s watches and jewellery collection called Johareez.com. 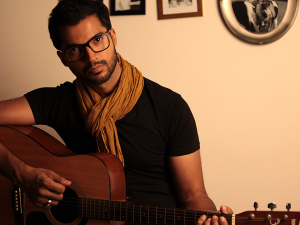 First on his list is 19th January, a Sanjay Amar film set in 1990 Kashmir, the story of the feud between Kashmiri Pundits and Muslims through the perspective of one family. Prashantt essays the role of a present day NIA Officer (National Investigation Authority) interrogating the tragedy through a young boy from that family who has now grown up to be a famous rockstar. The character’s depth and the way the situation has been portrayed by the director captured Prashantt’s heart. “19th January has started traveling the global film festivals. It was recently screened in San Francisco at the Festival of Globe – Silicon Valley and incidentally, will be screening on 19th January 2016 at The Rajasthan International Film Festival.” 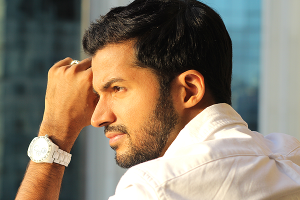 Next is Irada with Naseeruddin Shah and Arshad Warsi follows. Shooting commences in December and this film sees Prashanttessaying a role that is much older than himself. “I’ll be working with THE acting ICON Naseeruddin Shah, and Arshad Warsi. The subject and the character excited me, but the thought of working with Naseer saab is beyond any feeling” reveals Prashantt.

Prashantt Guptha seems to be a true Rajasthani at heart. For, every time he achieves success, there seems to be something connecting him to his home and hearth. After Rajasthan International Film Festival (RIFF) and now Rajasthan-based Johareez.com, Prashantt is elated about this home-connect that seems to be constantly evolving itself. “You can say, total connect. Rajasthan is my native state,” says Prashantt with pride. “Rohit chose me because of this connect. He found my looks apt for a royal prince, and last year RIFF bestowed upon me The Pride of Rajasthan Award. I guess it’s just my state and its people showing their love and support by granting me honours and opportunities. Likewise goes for johareez.com … a superb online jewellery and watch portal with its HQ in Rajasthan, which has me as the face of its men’s collection. I just finished shooting this campaign and it felt great wearing men’s jewellery that is very trendy and stylish. And obviously since this campaign again brought me closer to my roots.”

What next? “What is in store will reveal itself with time,” he grins, quoting Robert De Niro as a parting shot… ‘One of the things about acting is that it allows you to live other people’s lives without having to pay the price they may have’. Do I really need to ask for anything more?”