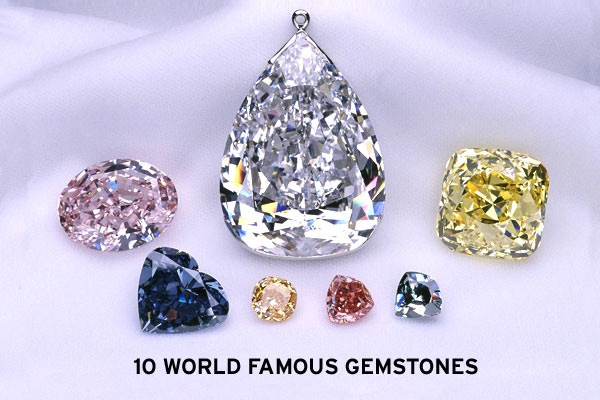 Jewellery has always held a figment of fascination especially in female’s heart. The third world’s heart strings are attached with the lure of jewels and thus the business of gemstones in riding high with passing time. The origin, composition and natural forming process of jewellery dates back to the time of civilization and birth of gemstones is the aftermath of the civilization from where the love for jewels existed. This love and lure for jewels led human beings to dig more and move forward towards the discovery of gemstones which was replaced with the formerly used stones, pebbles and ropes.

Now when the world of jewels and gemstones is the most flourishing and lucrative ones, let’s have look at the most famous gemstones of the world.

Cullinan Diamond: Known as ‘the star of Africa’ with the WW2 service award, this diamond is the largest rough quality gem diamond ever found weighing 3,106.75 carat.