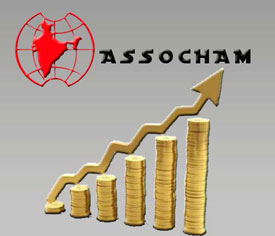 The Gems and jewellery sector holds a huge market in India and in abroad as well. This market takes in various kinds of jewels embracing gold, colored gemstones, silver, platinum and diamonds. According to a report “Indian Gems and Jewellery Market Forecast to 2013,” by research firm RNCOS, the gems and jewellery sector is projected to record a compound annual growth rate (CAGR) of 13 per cent between years 2011 to 2013.

As per the report, the growth rate of the gems and jewellery industry in India held at 15 per cent, while the domestic jewellery market was worth US$ 16-18 billion. And when the talk of exports is raised, this sector comprises of more than 12 per cent of the total exported products. The Indian export revenue is tending to increase by US$ 25-35 billion by the year 2015. The rapid sale of jewelries, especially of gold, has helped the gems and jewellery industry in India to flourish at this rapid rate. Besides this, people are also increasing their assets by investing their money in gold as a future security so it can be converted in cash during hard times. Moreover, India has came up as an immense place for diamond processing which would definitely in turn results as a great source of revenue.

According to the Associated Chambers of Commerce and Industry of India (Assocham), the gems and jewellery industry in India is predicted to record a turnover of Rs.2.13 lakh crore by 2015, said on 21st July 2011 (Thursday).

In next up coming four years, the turnover of this industry is expected to get just double of what it posses in present that is Rs.1.22 lakh crore, as per the study titled ‘Current trends in gems and jewellery sector’.

This study has covered almost 1500 retailers including wholesalers, manufacturers and those who deals in gold, silver, diamonds and gemstones from all over the country and was conducted in between March and June this year only.

“The demand is expected to rise further with onset of the annual festive season during August-October”, he added.