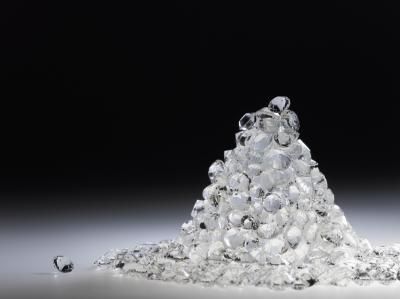 “Destiny is usually just around the corner. Like a thief, a hooker, or a lottery vendor: its three most common personifications. But what destiny does not do is home visits. You have to go for it.” — Carlos Ruiz Zafón

Many of us believe in destiny and leave everything to be controlled by invisible hands of fate while some choose restricted path and make their efforts to win the game even though they know the risks of the unusual journey. If you are one of those ready to try their karmas, no place could be better than Crater of Diamonds State Park, the only diamond mine in United States.

Many Americans but not other people outside the US skirt areas know that Crater of Diamonds State Park is the only open diamond mine in the world where anybody, including you, me or other individuals can mine their luck searching diamonds to own. It’s another thing what you think about the idea.

What is Crater of Diamond State Park?

Crater of Diamond State Park is an open diamond mine (with an area of 37 1/2-acres of diamond-bearing soil) located near Murfreesboro, Arkansas. There you pay a nominal fee of few dollars, you enter the mine and can search all day to find your lucky diamonds at no cost. Besides diamond, there you can find other precious stones also like amethyst, agate, garnet, jasper, hematite and peridot.

Some people like to visit there after rain so they can identify diamond easily while others like to find on sunny days so they can catch the brightly sparkling stones to discover hidden gems.

Who discovered Crater of Diamonds?

It was 1906, while a local farmer John Huddlestone found two bright crystals in his farm’s soil. He thought these were diamond so he took them to a local jeweller. Soon the news spread out and the farmhouse filled with diamond rush.

John Huddlestone could not protect his private property from this rush so he sold his farm for US$ 36,000 but the farm-turned-diamond mine was closed no commercial value. Since then the mine was sold and bought several times until it was opened as a public pay-to-prospect mine in 1951. In 1972, this property was purchased by the State of Arkansas and it was named as “Crater of Diamonds State Park”.

Eventually it was opened as open mine for local citizens and visitors. As per recent records every year more than 100,000 visitors try their luck and most of them find nothing except useless crystals or semi-precious stones. However the curious visitors have found more than 30,000 stones since its opening in 1971 weighing approx. 6,000 carats.

Though mines do not consist large pieces of precious stones, it has produced few extraordinary diamonds which have become part of American history. These are as follows:

Amarillo Starlight Diamond: This is the largest diamond ever discovered by a park visitor since the park’s establishment in 1972. The 16.37-carat white diamond was unearthed by W.W. Johnson of Amarillo, Texas, eventually this diamond was cut into a 7.54 carat marquise shape brilliant stone.

Okie Dokie Diamond: Most recently unearthed diamond Okie Dokie diamond was a discovery of Marvin Culver. This is a 4.21 carat diamond and has been featured in several television shows and magazines due to its linking with Crater of Diamonds.

Strawn-Wagner Diamond: Only 3.09 carat weighing brilliant-cut gem was discovered by Shirley Strawn in 1900. Strawn Wagner diamond is the first diamond to receive a perfect grade of 0/0/0 by the American Gem Society also.

Other Things to do in Crater of Diamonds

Park does not only offers diamond search opportunities to visitors but it also provides fun and joyful vacationing to those are not interested into searching precious stones. Park has five tent sites with water only, two modern bathhouses with hot showers and dump stations to rejoice your family vacations. You can also enjoy Diamond Springs Water Park’s to make your kid’s day out or you can do fishing, bait shopping and trailing on a 1.2 mile long wooded trail living fantasy of fairy tales.