Many of you have heard… “Roses are red, violets are blue…” You have tried to remember and sing this beautiful poem also however these lines are contradictory with standards of gemstone industry.

Here little birds sing, stones are red… stones are blue… but did you know how many stones are truly red? If not, let’s have a dig to quench your thirst concerned with the glamorous world of jewels. 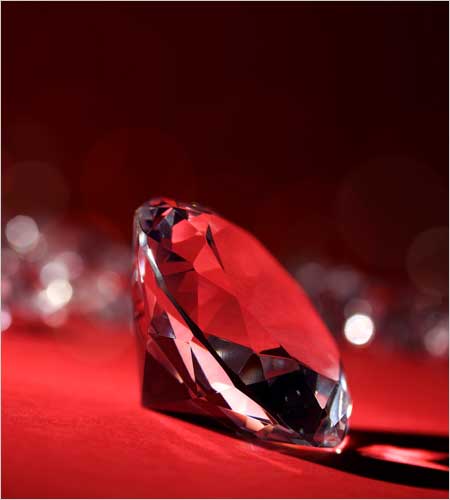 Definitely red diamonds are as beautiful as roses but not a common event. Finding a truly flawless red diamond in any size is a rare occurrence, even there are only few genuine red diamonds known in existence. 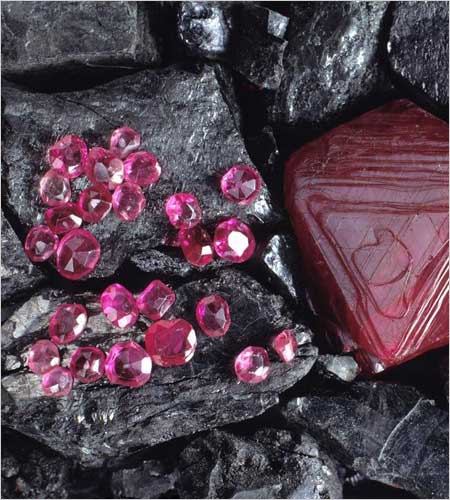 Rubies are the synonym of red. No other stone is as perfect as the ruby when you want to flaunt flawless red. Rubies are corundum and appear in pigeon-blood red colour. Rubies belong to the club of imperial jewels along with diamonds, sapphire and emeralds. 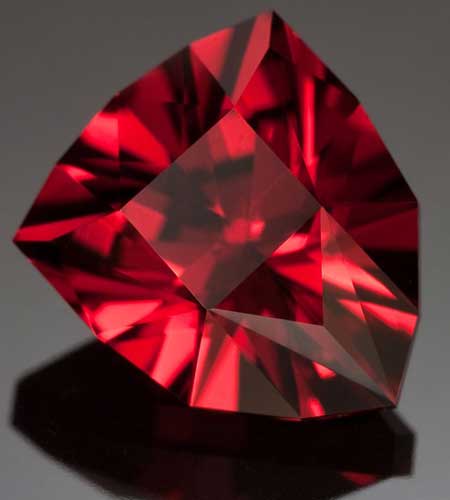 Nobody can differentiate rubies and garnet due to their optical similarities, though both are two different stones. Garnets are considered to substitute ruby because of its perfect red hue. 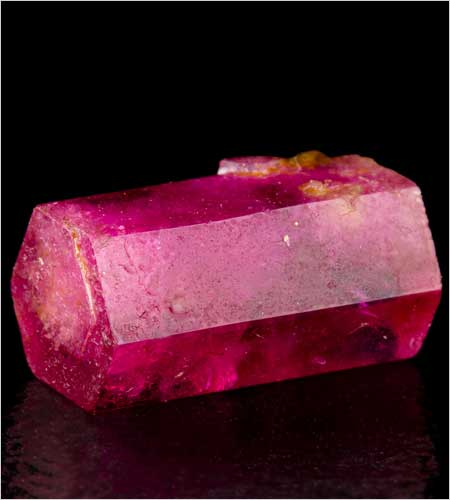 Alike red diamonds, red beryls are one of the rarest genuine gems. The stones also compete with the demands in terms of prices. 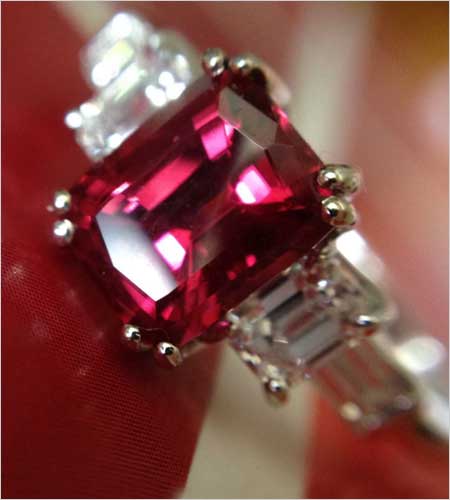 Sometimes red spinels are regarded as rubies due to their gorgeous red appearance. However the stone is quite impressive to wear an elegant touch of red. 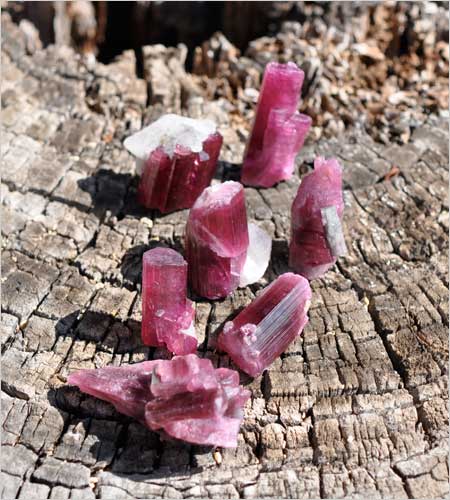 Also known as Rubelites, red tourmaline covers in a wide range from red to pinkish red. The stone is found majorly in Brazil, Pakistan and Africa. 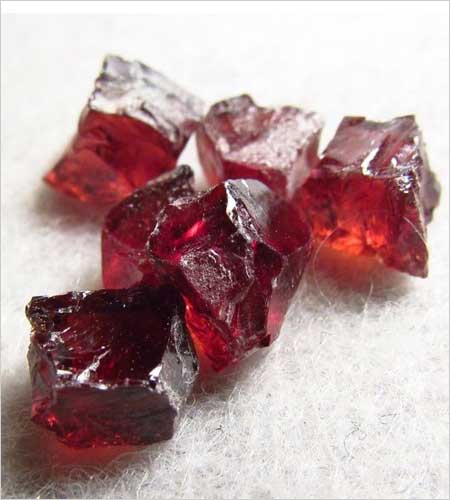 Zircons are formed in the earth’s crust. These are not expensive like diamonds or rubies. They feature rainbow colors including various shades of red. 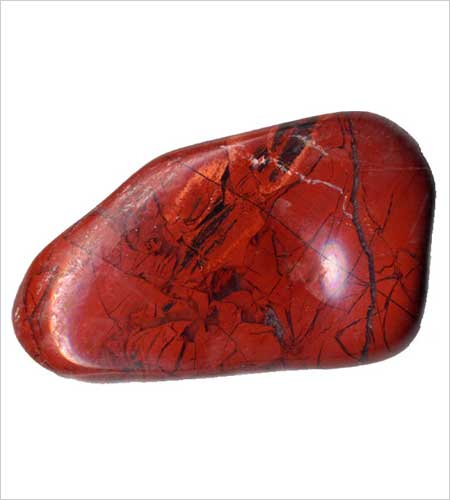 A red variety of chalcedony, jaspers feature great texture effect in appearance adding black lines to the red base. 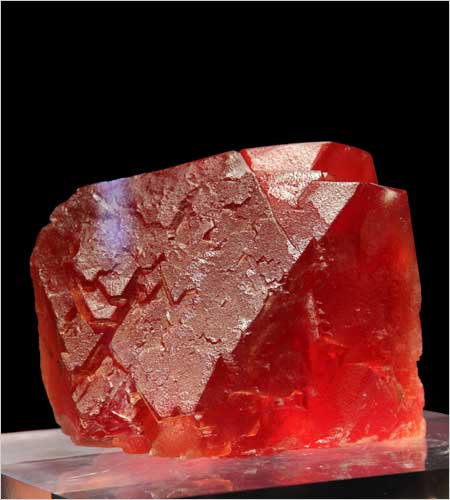 Fluorites are bright cheerful red stone and are used in beads mostly.

The tiger’s eye is a semi-precious gemstone from the quartz family. It ranges in colour from brown red to golden. 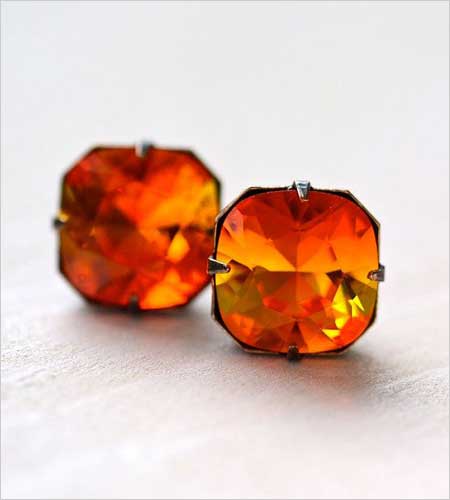 Fire opals are opals of the colors red, orange and yellow. Of the varieties of opals, the red opals are one of the rarest genuine gems. Most of the supply of the red gemstones comes from Mexico. Opals are the traditional and modern birthstones for the month of October. 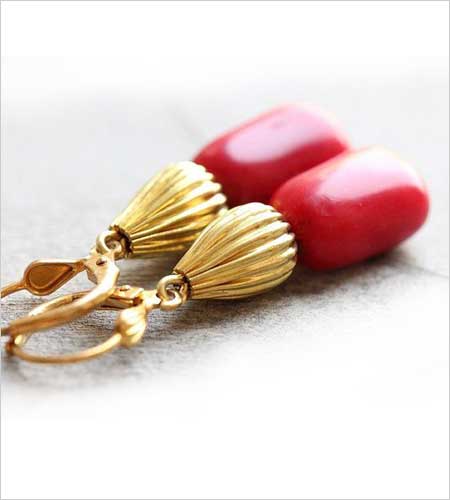 Alike rubies, the coral is stunning to wear red. Coral is an organic gemstone mined from coral reefs and is used in jewellery extensively due to its extraordinary qualities.

In addition to above stones, Mother Nature blessed mankind with more gemstones that you can utilize to design your jewellery. Few names are imperial topaz, pezzottaites, red agates, Andesine, sandstone and citrine. These are not red actually though they produce various hues of red.