An opal contains all the colors of rainbow and glitters with the most tempting shine. The October birthstone has captivated its wearers since the earliest times. The most common feature of opal is that it is highly known for being luckiest and unluckiest. It is that gemstone which has the ability to project the wearer’s energy back to the wearer. Therefore the people who born in October have to keep a check on what they are thinking as it directly affects negative or positive energy level. If you are constantly emphasizing on negative thoughts wearing opal than it will reflect the negativity back to you. 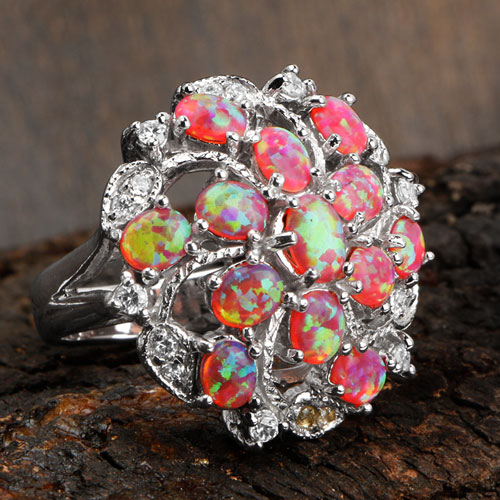 Opal is also known for its delicacy. It requires high delicate care and is quite soft. So it is advisable to keep it away from heat or cold and water, try not to make it wet. Opals have a hardness of 5.5 to 6 on the Mohs scale, but they can be fragile unless properly cared for. With a water content of 2 to 20%, they should be worn frequently or exposed to humidity and oiled to preserve their colors and keep the stones from cracking. 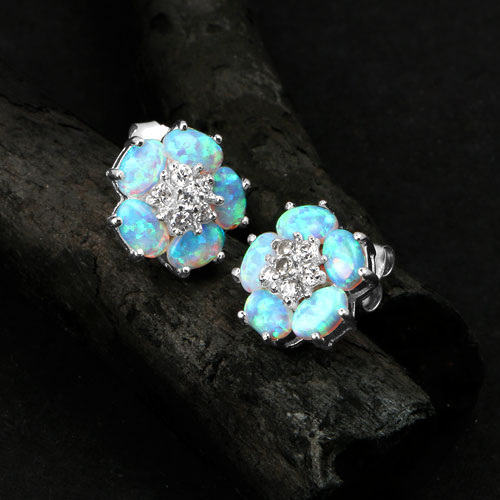 There are basically four types of opal, white, black, transparent and common. As it contains all rainbow colors, so mostly all the opals are available in combination of different shades. Black and white opals are most highly sought for use in jewelry. Black opal with red, violet and orange flicker is the most expensive to buy. While the opals which have yellow, blue and green flashes in black and white color are comparatively cheaper. Transparent or translucent opal can be exampled in the form of fire opal. The shine and glitter which it posses is really breath taking. It is also referred to as Mexican Opal as it is primarily mined in that country. Examples of common opal are pink and green opal that has no flash at all and very milky white opal.

It is the national gemstone of Australia that is why fine Australian Opal is very expensive. 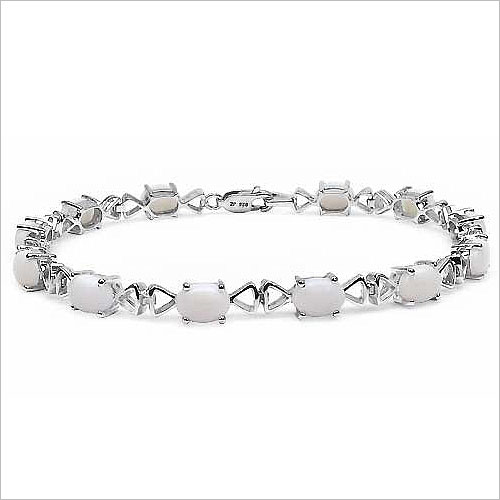 The Roman writer Pliny described opals as a stone with “the fire of the carbuncle, the brilliant purple of the amethyst and the sea green color of the emerald, all shining together in incredible union.” Shakespeare called opals “the queen of gems.” An opal was set in the crown of the Holy Roman Emperor and in the crown jewels of France.

As it is a birth stone, so it possesses various healing and magical powers and is known for curing eye disease, balancing the left and right brain, bringing good luck, enhancing creativity, removing depression and even it protects its wearer from evil eye.