Mangalsutra, one of the first divine symbols of an Indian married woman. This medieval piece of jewellery continues to be the most precious and important piece of jewellery in India, even in the 21st century. This string of black beads is her most treasured adornment and a symbol of matrimony. By tradition, she must always keep it on, just as the wedding ring symbolizes the married status in the West.

Before Mangalsutra, a yellow protective chord known as ‘kankanabandhana’ was tied around the wrist of the bride and the groom as a signal of commitment to each other, and towards their marriage. However, after 6th century AD the custom of tying a Mangalsutra, the auspicious emblem or cord, on the wedding day, became popular. 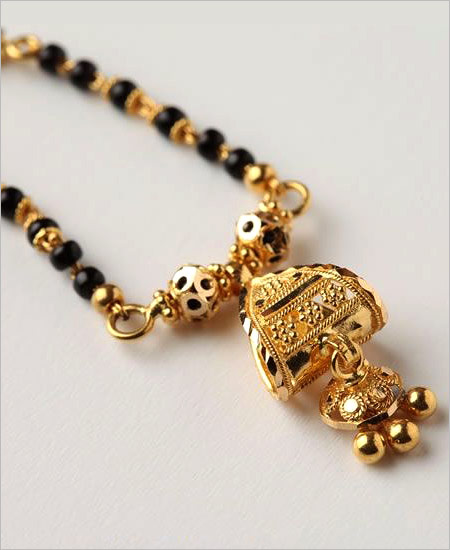 The origin and Mangalsutra, like most of the traditions revolved around myths. It is considered as a talisman to ward of the evil eye. The black beads are especially important, as they are believed to absorb all the negative vibrations before they can reach the bride and the family. Much like “nazar na lage”, which is related to the color black in black tikka, black kajal, and black teel. The stringing together of the beads into one thread has its significance as well. Just as each bead contributes to making a beautiful necklace, so does the woman have to blend and integrate into the new family after marriage. 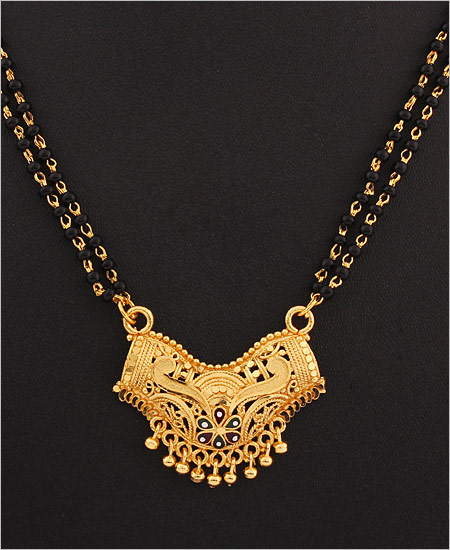 The traditional Mangalsutra originated in Maharashtra, and Maharashtrians pay a lot of importance to the black and gold beads with the double ‘vati’ pendant, the two ‘vati’ signifying the coming together of the bride and groom’s family. The Tamilians wear the ‘taali’, an extraordinarily crafted pendant; the Kannadigas add corals while the Gujaratis and Marwaris often go for a diamond pendant. The Kashmiri Pandits wear an unusual Mangalsutra that goes through the ears!

The ‘taalis’ of the Brahmins are the simplest, while those of the non-Brahmins are often complex, stylized works of art. Forms and patterns for ‘taalis’ are often derived from nature, using symbols like flowers, buds, leaves, trees and so on. 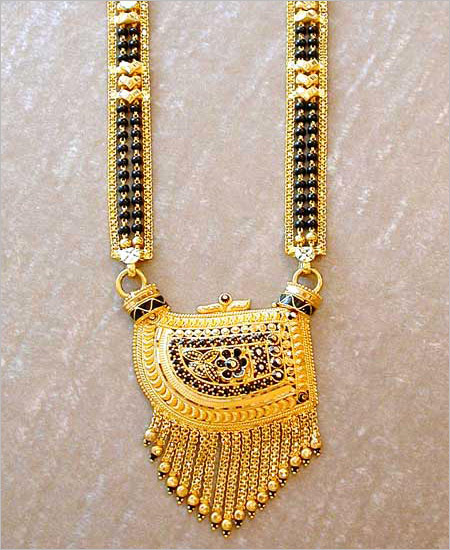 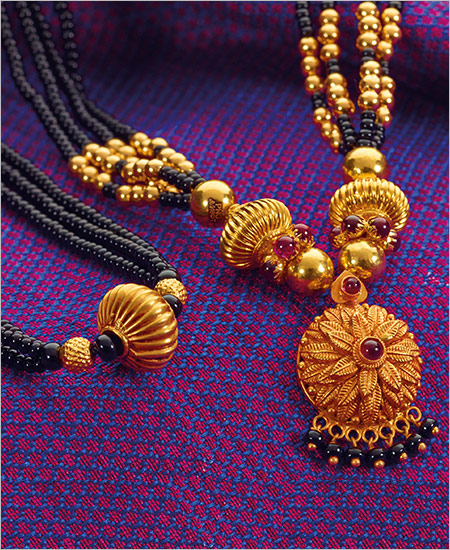 The design of the Mangalsutra depends on the budget. Moreover, people do go for the orthodox design because of its symbolism. These are emotional matters and generally people shy away from experimentation. Yes, if the family can afford it, more than one Mangalsutra is made but the one used in the marriage ceremony is one of traditional design.

Mangalsutra made a huge comeback in a fashionable and chic manner with the impact of Bollywood and Indian television. The length, the metal, the pendant everything refreshes, however the black beads hold its ground. They still are the most important part of this beautiful jewellery. 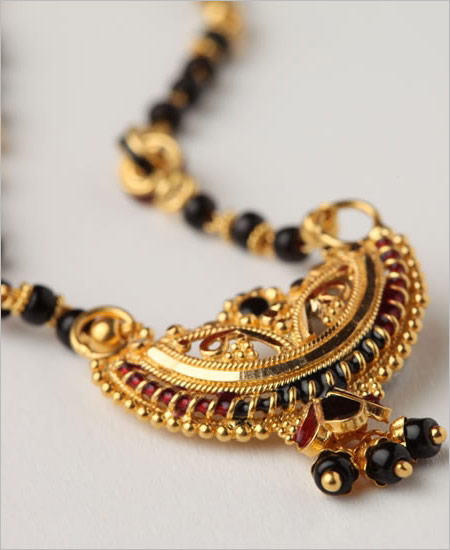 Gifting a Mangalsutra is a symbol of forever love, and one needs no occasion to shower love. Embrace her by surprising her with this pretty embellishment. Nothing could define speechless love than this mesmerizing Mangalsutra. Make your marriage more meaningful and bond more beautiful by gift-wrapping this mystic looking Mangalsutra to your beloved.