Bold and beautiful stone Sapphire is for the lucky ones who are born in month of September. It is vibrant blue in color and loaded with some ineluctable properties. You may have seen the gem in different hues, ranging from very pale blue to deep indigo that is because of the presence of small amount of titanium and iron within the crystal structure. The most prized and valued shades are medium to medium dark blue or slightly violetish blue. There are some fancy sapphires also available in market that appear in other natural colors and tints like, colorless, gray, yellow, pale pink, orange, green, violet and brown. 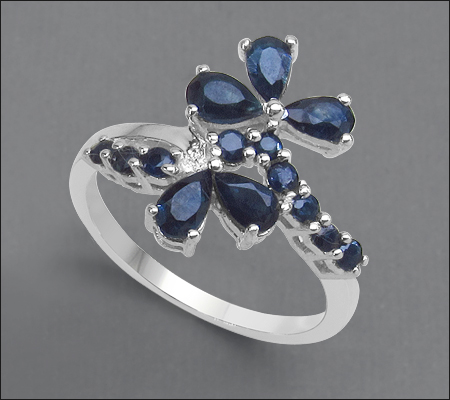 The lustrous gem is also called stone of lovers. It has been associated with royalty and romance since ages. The association was reinforced in 1981, when Britain’s Prince Charles proposed a blue sapphire engagement ring to his love of life Lady Diana Spencer. The stunning gem crafted in American gold was known, charmed and captivated the world until her death in 1997. Interestingly, the same ring in oval blue sapphire surrounded by a cluster of 14 diamonds, Prince William, son of Prince Charles and Lady Diana, has presented to his wife Kate Middleton. The ring, which is among the most famous rings in the world, worked as a bridge between modern events with history and fairy tales. It was regarded as a symbol of truth, sincerity and constancy. 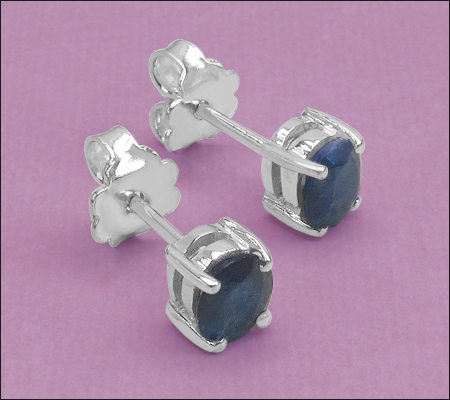 With its association to goddess Venus, Sapphire was also symbolized to chaste love. In many countries, people believed that if an unfaithful couple wore the gem, the shine and lustre would dim. In ancient times, Kings and queens used to wear the stone as it was believed to protect them from envy and harm, while the clergy worn blue sapphire to symbolize heaven. In other sections among common folks, it was considered to bring heavenly blessings, chastity, make peace between enemies and influence spirits. Its magical properties prevented its wearer from wicked and offensive thoughts. Its powerful rays could kill all noxious and venomous creatures. The stone would not shine for the wicked or impure. 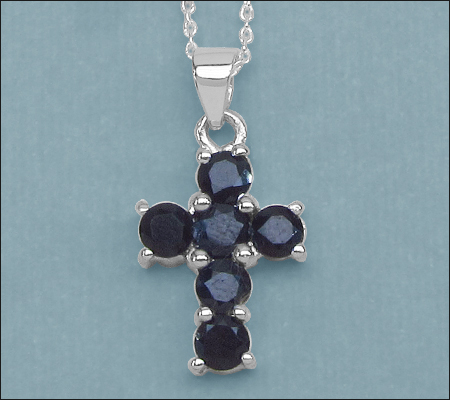 There are some additional benefits fetched with the stone with time and year. It is now trusted to give peace of mind, tranquility, happiness and spiritual enlightenment to the wearer. It is favorable to those who are practicing medical studies. With is healing properties, it is used as a cure to fever, seizures and delusions. Ground and powdered, they were believed to stop bleeding, cure eye problems, boils and wounds. It strengthened the heart, counteracted poisons, purified the blood and corrected defective vision.

September born people wear this beautiful for good fortune and wisdom. As it represents planet Saturn, which indicates one’s longevity and death, you can also increase your life span wearing the blue stone in form of ring, earring, pendent and bracelet among other ornaments. You can find a wide range of sapphire jewellery at online shopping store Johareez.com that presents you fine quality product without shipping charges.