If you have not noticed the resplendent Rani Haar portrayed in Jodha Akbar which is gracefully carried by Aishwarya Rai Bachchan, then let us tell you that Rani Haar is considered one of the most royal jewellery and has made of Kundan. Kundan, which is originally from South India and emerged from there being used in jewellery, gradually gained grounds of Rajasthan, Gujrat and Punjab. Another form of Kundan which is also known as Kundan Meena is said to belong from Bikaner and Jaipur. 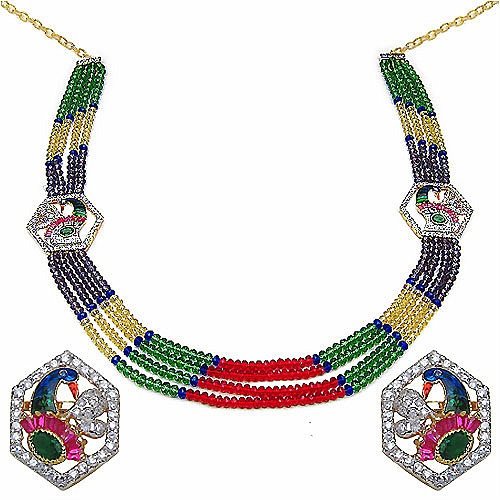 Kundan in South India is known as Kundan Keshari. Its origin dates back from the time of Mughal Empires. Since then this has been the part of royal bride’s trousseau and have been part of traditions named as Thapa and Ras Rawa. The reason why Kundan jewellery looks magnificent is due to its carefully done craftsmanship, shapes and polish. Kundan is mixed, polished and cut with many metals like gold, silver and many others.

The manufacturing of Kundan is a very cumbersome process as it contains many steps to make the Kundan jewellery look in its final form. The process of making Kundan starts with the first process called Ghaat which is basically about setting the skeletal framework. The second step is pouring the wax into the structure according to the design and this is called Paadh. Khudaai is the next process where the cutting and fitting of gemstones is done carefully. This is the significant process which requires a lot of attention as this decides the final intricate designs. 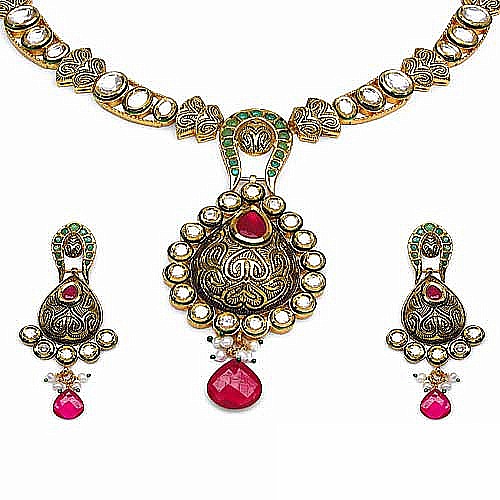 Meenakari is the next process which can be called the embroidery of jewellery as intricate designs are carved on the metal to give the royal look. Next process is called Pakai which involves the foiling of gold and then finally the polishing of gems comes under Chilaai process. Some of the gemstones which are used in kundan jewellery are topaz, amethyst, rock crystal, jade, garnet and sapphire. The base material used for Kundan jewellery is known as Lac which is basically found in suburbs of Rajasthan. 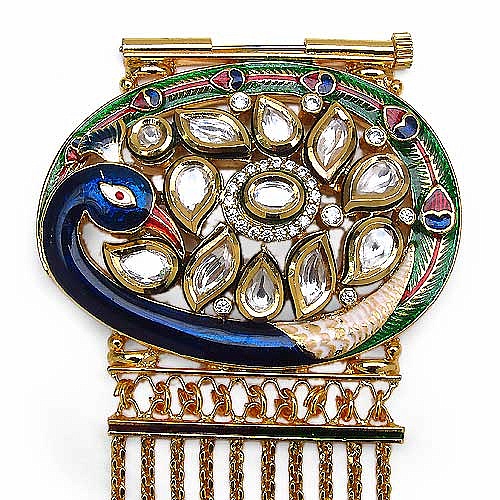 Variety of colors and designs with plethora of gems attached these kundan jewellery are considered the ever green choice for festivity. Wedding season is on and kundan is one of the best considered jewellery for brides. Teamed with various gemstones and metals this jewellery can be matched with any attire and this is what is making it on the most popular and preferred list of jewellery for brides. Another reason for Kundan jewellery being so famous and preferred for brides is the heavy embroidered look it sports and thus makes it perfect for bridal jewellery. Kundan made necklaces, bracelets, waist bands (kamarbandh) are the most royal jewels.

So make Kundan jewellery your pick this wedding season. Be it bridal or any general party wear, kundan can be the best befit. Check Kundan jewellery collection on Johareez.com an jaipur based popular online jewellery store.