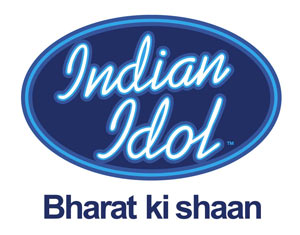 The show is hugely popular since its first season and is running successfully from last five years with its season five. It’s an ultimate platform to showcase your budding talent.

The show not only aspires the young singers but help them groom in all spheres of singing. The aim of the show is to provide the industry with a different and unique voice which can also be an idol to many young vocalists.

The selection is wholly based on singing talent and has nothing to do with any other quality and is open for all irrespective of any diversification.

The best thing about Indian Idol Season 5 is that it exhibits the quality of being extremely interesting, humorous and thrillful.

The audience can relate to each contestant from various parts of the country and enjoy the drama which is totally real and emotional. The current judges of the show are Anu Malik, who is the jury member of Indian Idol Season 5 since its origination.

He is a straightforward and freaky commenter, but in turn he also admires and loves to boosts for good singing by small humorous phrases and shayari.

The other two new series judges are, singing sensation Sunidhi Chauhan who also embarked her career from a singing reality show, she is highly talented playback singer of our film industry.

The other judge of Indian Idol Season 5 is music director and singer Salim Merchant who is truly an inspiring vocalist of young generation.

Indian Idol-5 is gearing up with its 16 contestants from all over the nation who all are shinning stars of this season, though there will be a final selection where we’ll be left with 12 contestants.

Love for music is different and actually singing live in front of audience is a difficult task and whosoever shines through this chore is considered to be a versatile singer.

This magical weave is what moves the judges as well as voters who follow Indian Idol Season 5 show.

Every contestant of this show dreams big and wants to be “Desh Ki Awaaz”, but the journey is not that simple, they had to go through a tough road and had to fight for the crown.

A true passion and willpower is what a singer must bottle up for the rest of his life. Indian Idol’s platform is the trump card for a singer who wants to get himself/herself established in music industry.

Indian Idol Season 5 not only opens the door for the new crooners but also transforms them in various areas apart from singing. The aim of the team is to portray the winner as an ideal for the whole country who is not only a singer but a confident, self-driven, superstar sensation of new generation.

The show of Indian Idol Season 5 is complete in its own sense, a true real drama which is full of laughter, tears, happiness and honest emotions where an audience can relate to.