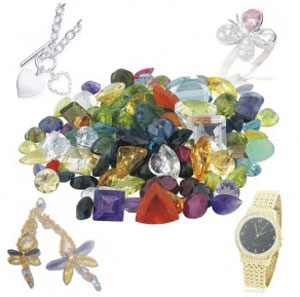 Gems and jewellery industry in India is rising like the morning sun in the sky, with the most glistening shine by being the greatest manufacturing center for gems and jewellery where the domestic market was guessed to be approximately USD16.1 billion in financial year 2009.

Not only this, in the year 2010 India outshined as the world’s largest trading center of gold with USD16 billion. It fills us with surprise when we come to know that India depletes 20% of the world gold consumption making it the largest consumer of gold in the whole world.

We can relegate the Gem and Jewellery industry into several divisions such as pearls, gold & silver jewellery, diamonds, colored stones and many others. Among these, Gold and Diamonds is the chief. As this industry serves as the principal treasury for exchange, it conduce a great portion by export of gems and jewellery in which nearly 80% is by diamonds.

So, this won’t be wrong to rename ‘gems and jewellery industry’ as ‘diamond industry’. In the period of 9 months from April to December’09 exports of rough diamond declined by 37% to 157.09 lakh carats whereas the exports of cut & polished diamonds mounted by 18% to 407.36 lakh carats, as per the stats of GJEPC-Gem & Jewellery Export Promotion Council.

Later, the US recession and downfall of economy hit hard the exports and imports of gem & jewellery which impacted them badly.

1. In FY10 as there was tough time faced by export market, a proposal was laid down to make the export income free of all types of Direct and Indirect taxes by declaring 2 years Tax holiday. Moreover, freedom for income tax to all export promotion councils was also demanded.

2. As per the Direct Tax Code (DTC), the industry also requested that TDS should not be imposed on the payments made for the supply of goods and tax incentives available to the units in SEZ and EOU should be continued under DTC and no tax should be levied based on the value of assets of the company.

3. There was a request made by the apex body for the reduction on import duties of machineries from 10% to 5%, so that India can also possess world class technology.

4. Likewise, the industry also proposed of reduction in import duty on Gold Mountings and findings from Rs 500 per 10 grams to zero.

5. The committee also evoked Allowance of sale of Gem and Jewellery products manufactured in SEZ to the DTA to 25% of total FOB value of last year’s exports of Gem & Jewellery items on payment of duty foregone.

Recommendations of FICCI: – On behalf of textile industry, the largest apex organization body-The Federation of Indian Chambers of Commerce & Industry (FICCI) has recommended the following points:

2. Another recommendation by the apex body implied to the significant cut in the import duty on Gold Jewellery from current 15%, which would urge the Indian trade to import more jewellery of international design & finish and thereby enhancing domestic production of world-class jewellery and exports from India.

1. Diminution of import duty on both gold & silver along with precious metal scrap should be allowed at 0% duty with immediate effect.

3. Uniform VAT rates of 1% to be implemented across India and same rate should be continued. VAT set off must also be allowed when raw material is issued from one state to another state for manufacturing of jewellery.

4. On the implementation of GST, the rates for GST for the Gems and Jewellery trade should be maintained at similar or lower even in the future.

5. The banks should be instructed to issue gold loans at rate of 2.50% to 3.5% per annum, thereby increasing compliant trade and reducing tax under compliance.

6. As a specific amendment, there should be increase in the entitlement from 1% to 3-4% for the duty free import for consumables tools machinery and equipments and CVD exemptions.

1. Authorized officer’s power to be excluded so that the stock in trade of the business can be with held.

2. Nil tax to be levied based on the value of assets, less than the current levy of 2%.

3. Income from export to be made tax free by making 2 years Tax Holiday for export earnings.

7. Free import of Gold under Open General License for all with an annual turnover of Rs 50 Crore.

8. Look ahead for a budget of Rs 75 Crore from Government for promotion of gems and jewellery of the retail trade.