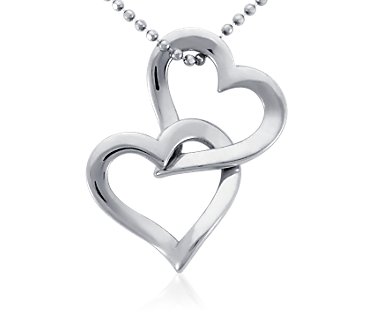 If ‘King Of Metals’ is searched for and if gold is clicking everyone’s mind then let us redefine this by quoting platinum with this prestigiously precious crown. Yes Platinum is not the new gold or the new crowning metal but is ruling the elite class empire in choice of classic and modest jewellery. No matter whether gold rates are growing higher and higher and regardless of the fact that diamonds are female’s best friends, platinum will always rule as there is no graces in diamond without platinum bands encircling around it. The fondness and popularity of platinum can be gauged by the fact that white gold is trending high due to its look-alike metal platinum and also due to its pocket friendliness for middle class who can’t afford platinum.

Platinum is not a new player in the empire of metals but is been used from last 2000 years. Usages of platinum vary many levels which many might now have been aware of. Platinum has it medical uses also like it’s used in pacemakers. This beautiful metal is perfect for jewellery crafting due to its natural luster and purity of metal. Platinum is majorly found in South Africa and Egypt. The most astonishing fact is that platinum is more valuable than gold both in terms of price and virtue.

If you are buying platinum for investment purpose: Gold consumption is marked to the height of 300-350 tons a year whereas platinum even after being the King of Metals stands at the mark of just 10 Tons. Why such variations exist then? It is not that platinum values and virtues are not real and thus gold is rising. Gold has been the power of every class, regardless of its rising prices, but platinum never came into the scene thus markets are still not strong enough to pay a handsome returns on platinum investments. Sometimes people think to invest in gold coins instead of buying jewellery as their sole purpose is to invest. But platinum still doesn’t have that option available as its investment market value is not skyrocketed like gold’s. So even after being the King, platinum is not yet in the trend of investment market. So think before investing in platinum.

No Price Tag: Gold prices are skyrocketing but are also being published in dailies and economic papers as listed among commodities. But it’s not the same case with diamonds and platinum as both gemstones and metal respectively are not mentioned in the price list of published commodities in dailies. Diamonds still is rated according to its reputation it holds or we can say Rapport price is a loose benchmark for the price of diamonds. De beers who is the dominant market player is able to manipulate prices of diamonds by limiting the supplies and thus the rating and pricing of diamonds is not as smooth and transparent as gold and this is revealed by the leading biggies of industry.

As the pricing of platinum is related, the rarity of platinum and complexity in mining procedures and even rarer availability at outlets makes its dominant and without competition jewellery which is also one of the biggest contributing factor of its higher price.

The game of hallmarking and trade marking: regardless of the fact that platinum is not listed among the published price list of other precious metals but it never denotes that platinum is not hallmarked or been tagged precious. Platinum Guild of India has certified platinum according to its purity standards. This is not it, the Guild has also set certain authorized sellers in India who can sell the genuine and premium quality platinum jewellery. One must check that certificate before buying this precious platinum jewellery. The list is also mentioned on the site of Platinum Guild India.

The Alloy used while making: Cobalt or Ruthenium is the best metals to alloy with platinum. These metals produce harder platinum and help in keeping the grace and shine of platinum intact. These metals make platinum more durable and scratch proof. Other metals are not so protective.