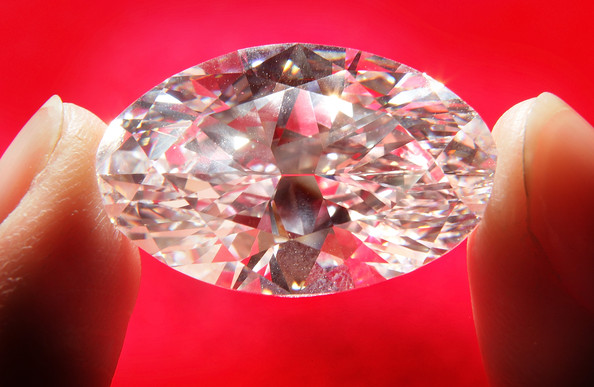 World of Diamonds is the most alluring one in the world of jewels and gemstones. Diamonds are female’s best friend and also have their own dazzle which can never be replaced by any other most precious metal of gemstone. The word ‘Diamond’ is derived from the ancient Greek adámas which means ‘unbreakable’. Carbon is the basic element of Diamond formation as it’s made of carbon atoms arranged in face centered-cubic. Though diamond is considered the most solid formed stone but is lesser solid than graphite.

How Diamonds Are Formed?

Very few types of impurities like boron and nitrogen can contaminate its beauty or structure. High hardness and thermal conductivity determine the fact that diamond is used in industrial applications with cutting and molding of the stone accordingly. Primarily colorless, this precious stone is also found in colors like blue (boron), yellow (nitrogen), brown (lattice defects), green (radiation exposure), purple, pink, orange or red. The rainbow spectrum in diamond is not at all any illusion but it’s due to its optical dispersion which disperses various lights and thus this result in luster.

Diamonds are formed under the surface of Earth’s mantle at the depth of 140 to 190 kilometers (87 to 120 mi). To form the finest diamonds, diamonds are brought close to the Earth’s surface through deep volcanic eruptions by magma which cools down igneous rocks known as kimberlites and lamproites.

Galconda is world most famous and flawless premium diamond which costs highest till date. It is cushion-shaped Golconda diamond weighing 76.02 carats with a D color. This diamond is about to be auctioned in November and is expected to fetch the hefty amount of more than $15 million dollars. Galconda weighs 76 carats and is product of legendary Galconda miners in India. Koh-i-noor is also produced from these legendary galconda mines. No wonder this mine is renowned for producing most finest and premiere diamonds.

Before this diamond, some other diamonds have also created history while they were put under table and Maritan pink diamond is one of them which was auctioned at the highest amount of $17.4m. The “Martian Pink” was named by American jeweller Ronald Winston in 1976.

Another addition to finest, rarest and premiere diamonds is a rarest 9 Carat pink diamond ring which is known by ‘The Clark Pink’ which belongs to Huguette Clark and fetched more than $15 m which is double of the pre-estimate and has been the top item in Cheirtie’s auctions.  Pear shaped Sundrop diamond which is expected to fetch around $11-15 million dollars and is the largest one weighing 110.03 carat.

How diamonds are Priced?

Diamond is considered one of the most precious commodity and they are sold and priced according to their weight (in carats), color, cut and clarity. Let’s have a look at each one of them:

Carat (Weight): Carat which is known form of measuring the weight of diamonds is a unit of weight equal to 1/5th of a gram or 1/142nd of an ounce. Small diamonds cost less than the larger ones of same quality.  This is dependent of the availability of diamonds; small ones are easily available as compared to the bigger ones.

Cut: The craftsmanship, cut and mold of diamond plays a vital role in deciding the rates of diamond. Not only the geometric appearance of the stone but also the stone’s luster and fire of diamonds make it precious. In fact the way a diamond is shaped plays important role in emitting the perfect fiery prism of diamond.

Clarity: An ideal diamond is scratch-less and spotless. The more cleaner and clearer it looks, more it costs.