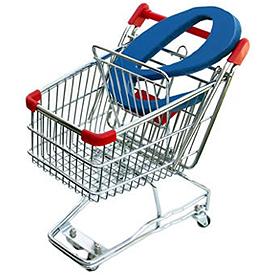 After the social media revolution, is e-commerce the next big follow up in India? Recent trends and figures give an affirmative nod. Australian’s total online spend would reach $10 billion with a 9.1 percent growth in online spending.

Is India ready to take advantage of the e-commerce boom?

Four reasons that e-commerce is set to boom in India:

1. Critical mass of Internet Users: Sophisticated travel agents, such as MakeMyTrip which started turning intial web users into web consumers have dominated Indian e-commerce over the last few years. While these OTAs have accounted for up to 87 percent of Indian e-commerce, industry giants such as eBay and the new crop of e-tailers expect to participate more heavily in this conversion of Web users to Web consumers, with an estimated 70 percent growth in Indian e-commerce for 2011.

2. Rising middle class with disposable income: With the MNC culture, rise of small and medium enterprises and FDI the face of Indian consumers has totally changed. This middle class across the country, is increasingly turning to e-commerce as the primary outlets for sophisticated consumer products and services.

3. Payment Gateways and Logistics: The new breed of domestic logistics companies recognize the importance of reliable delivery and technology investment, and a number of new payment gateway companies such as CC Avenue have sprung up to service the growing e-commerce ecosystem. Alternative payment methods such as netbanking and cash on delivery are now mandatory offerings for leading e-commerce platforms and can drive as much as 75 percent or more of transactions, and sophisticated technical integrations make the experience seamless.

4. User Experience: Best practices that have driven e-commerce globally are now a key focus of successful Internet companies, including merchandising, customer service, user interface design, and guaranteed delivery and return policy. In this competitive drive to differentiate via user experience, the ultimate winner is the Indian online consumer.

Some of the statistics from last year give us an idea about where India is in the e-commerce industry. India’s young startup economy is along for the e-commerce ride. In the less than three months of 2011, Indian VCs have already invested over $50 million in seven e-commerce companies, a 400 percent increase over the same period just last year.

With the continuous increase in internet reach catalyzed by the mobile service, business in small towns and villages is also becoming e-commerce savvy. According to a study, by Vizisense –report on e-commerce, almost 57% of business for e-commerce product sites came from tier I, tier II and tier III cities while the eight metros accounted for the remainder 43%. The same pattern was visible in the service sites too, with tier I, tier II and tier III cities contributing 54% of revenue versus 46 % by the eight metros.

With entry and operational costs being comparatively low, the second half of 2011 and the beginning of the current calendar have seen the launch of a good number of new e-commerce sites spanning across a variety of businesses – women’s fashion, men’s fashion, shoes, followed by accessories, groceries, sports, toys, home furnishings, jewellery, automotive, bicycles, electronics and electrical equipment etc.

The journey of online spending that started with an increasing number of buyers of travel and holiday plans in the last decade has now extended to an increase in spends on household appliances and luxury products. While segments like apparel and luxury products have registered unprecedented growth in 2011, jewellery, electronic appliances and hardware products have shown promising growth trends as well. “Indian consumers are showing greater appetite to transact online, fuelling the e-commerce boom,” said Anuj Kumar, CEO, Affle.

The report also found that coupon sites are rapidly gaining popularity, with 16.5 per cent of the Indian online population visiting the category in November 2011. Some of the largest retail subcategories revealed that coupons category was the largest with 7.6 million visitors as consumers rapidly adopt daily deal sites. Consumer electronics ranked next with 7.1 million visitors, growing at 12 per cent over the previous year, while 5.8 million online users visited comparison shopping sites, an increase of 25 per cent from the previous year.

As per IAMAI, current e-commerce market in India is around US$ 10 billion. And the market has the potential to grow anywhere between US$ 70 billion – US$ 150 billion under one scenario and at another level it can grow between US$ 125 billion – US$ 260 billion by 2024-25.