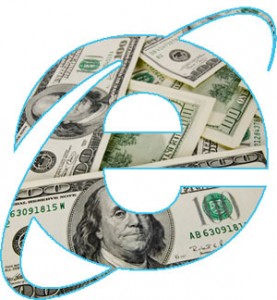 E-Commerce Business Assumed To Be Most Proficient Business of World

E-commerce is the most used technique of buying and selling goods and services online. With the hectic and busy schedule that everyone is going through it becomes very difficult for the consumer to spend time in malls in order to select his or her desired product.

At such a situation the e-commerce or widely known as the e-business proves to be great help for all of us. With the rising needs of consumer based products and services the need for e-commerce is also increasing in a progressive manner.

India has also developed the trend of e-commerce and has emerged out as one of the leading nations to make use of e-commerce for online selling and buying of products.

According to a report by online shopping firm Ebay, earlier Mumbai which was known to be the center of e-commerce has now been replaced by the heart of our country New Delhi.

Ebay has certified that New Delhi has completely overtaken Mumbai and has turned to be the largest e-commerce hub of the nation. According to Ebay’s census guide there are around 2,471 e-commerce hubs in our country and the states like Andhra Pradesh, Tamil Nadu, Maharashtra and Gujarat are the most active areas in terms of online trading.

The country manager of Ebay Mr. Ambareesh Murty who was addressing the reporters in New Delhi stated that it was an interesting twist to see Delhi turning out to be the most active e-commerce hub leaving Mumbai behind.

He further added that the smaller cities have also succeeded in securing their position among the top 10 cities actively involved in e-commerce. These cities are Jaipur, Pune and Chandigarh.

According to Mr. Murty last year it was Mumbai which topped the list of e-commerce hubs in the nation, and this time it was beaten back by New Delhi.

He said that the main reason behind the growth of e-commerce in our country is the increase in entrepreneur activities as well as the growing interest of people dealing in trading and shopping in different categories which ranges from books to car accessories.

That is the reason we can see a constant rise in the e-commerce deals in the nation and we are sure that in future not only Delhi we would have several other states in India emerging out as the most active centers for e-commerce.

This report has further highlighted the rising trends in online trading between January 2008 till June 2009, which has observed an increase in the quantum of e-commerce activities in smaller cities and rural areas as well.

The annual report gave the analysis that online shoppers are more interested in technological products like camera, television etc. that account around 44 per cent of all the transactions made on Ebay in India.

This report further added that India is contributing about 64 per cent of all transactions through export deals that accounts the lifestyle products. Going this way the Indian online market would soon head all the e-commerce centers worldwide.