You can win a woman’s heart in no time by presenting her a perfect piece of jewelry. Isn’t it something you must have heard of hundred times already? Well, we’re sure you have. Also most women would think that they can have a PhD when it comes to jewelry, or their love for it. But are you really sure that you know everything about it? We mean every tiny detail? Did you know the jewels are as old as human race itself, or that there are jewelry pieces which are swallowed by people, as per their belief that it can cure various diseases?

Aren’t these details interesting? Well, then how would that be to get to know more fascinating facts, and next time when you’re discussing ornaments in your group, you can actually surprise your fellow fashionistas with your knowledge about jewels. 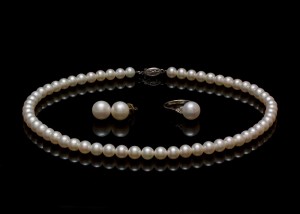 The birthstone of June, this classic jewel is made by living animals. Unlike diamonds, they are not mined from the earth, but are produced by creatures called mollusks, however not all mollusks produce pearls, and the natural ones are rarely found. It represents loyalty, faithfulness and friendship. The most intriguing fact about pearl is that in some cultures, it is swallowed by people to cure illness. It is also the birthstone for the zodiac signs of Gemini and Cancer.

The trend of engagement rings was started by ancient Egypt men, who are said to have formed a ring with plant stems, putting them on the third finger of their sweethearts. It is now known as ring finger. Also the longest ever engagement is said to have lasted 67 years. The said couple had exchanged rings at the age of 15; however, they got married at the age of 82. Some also say that the engagement and wedding rings are worn on the third finger of the left hands because the vein in that finger leads directly to the heart. 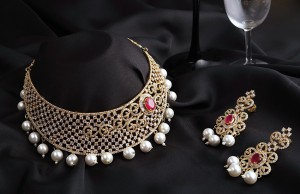 This April birthstone is said to be the hardest natural substance on Earth; however, they are definitely not the strongest and they will break into pieces if you hit them with a hammer. There was a belief in prehistoric times that diamond endorses strength, invincibility and courage. Also the diamonds can turn into graphite if you save them for too long. 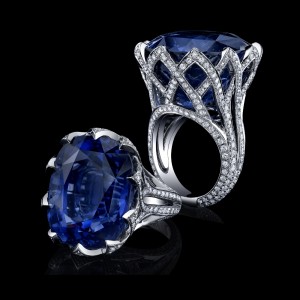 Symbolizing truth, sincerity and constancy, a sapphire in wedding ring stands for marital happiness. Also there is a trend of gifting them during the 45th year of marriage.

We hope you found this piece of information interesting and it come in handy in future. Meanwhile do log in to Johareez.com to get the best jewelry!