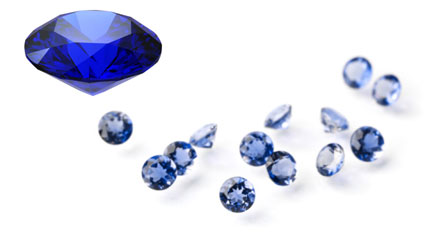 Festivities are the times when every business sparks and gets flourished especially jewellery market. Jewellery segment is on its highest bounce during the festive season and gold has always been in demand but this time but due to record breaking price hike, diamond is also rising high in demands. Yes this wedding season, diamond is king and is in demand. Weddings are adding another feather to the rising demand of dazzling diamonds and diamond jewellery. Though even diamond industry has not been escaped from the downturn what market is facing in both Asia and Europe and this price hike in fashion and jewellery market has also affected diamond industry but still diamonds are talk of the town and are definitely dazzling in demand.

A number of market forces, including an increase in rough diamond prices, Swiss watch houses paying premiums on diamonds and strong demand in markets such as China and India were responsible for increased diamond price in 2011. UK retailers had to, and still are, responding to market changes. “We experienced the extent of the changes last year when, on one of our buying trips to Antwerp, we noticed many diamond prices had shot up by as much as 25% in only a three-month period,” says Gaynor Haylett, general manager of Baker Brothers, which has stores in Bedford and Letchworth.

On September 19, the British central bank will offer about 25 tonnes of gold in the third of a series of six gold auctions for 2000-2001. Though prices are down now, the auction is expected to result in an upward movement.

Manufacturers, such as Canadian company Corona, are keeping a close eye on retailer reaction. “Generally we find the industry is taking a wait-and-see attitude, buying for special orders as usual but placing stock orders in smaller quantities and doing it more frequently,” says Jon Phillips, manager of Canadian Diamonds at Corona. “This way the retailer can adjust its selling prices to market selling prices quicker.”

There are many reasons why diamond and diamond jewellery is on rise and high demand and few of them are constant rise of gold prices and for those who want their jewellery as sparkling even after the gold price rise , they all are going to bid on diamonds as safe option. We can frame it up in other words by saying that gold price rise has opened new dimensions to diamond industry and thus diamonds are in high demand.