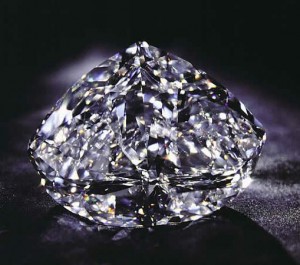 Diamonds are not only female’s best friends but are also dazzling and most desirable jewels across the globe. The beauty of diamonds emits elegance and this is what makes it most popular gem amongst all. We all are aware about the fact that diamonds are precious but ever gave it a thought to the ‘why’ aspect of it? Why diamonds are so eye -catching and costly?

Diamond’s optical properties are the prime reason of its popularity. High on luster enables it to reflect highest to the light and thus strikes the spectrum of colors on surface. This pleasing and sizzling sparkle of diamond makes it apple of everyone’s eyes.

Dispersion or penetration of white light on diamond’s surface reflects the fiery prism which is of rainbow colors. Other factors include the elegance and shine that diamond posses. Fashion and marketing are also the major factors in boosting diamond’s popularity.

How Diamonds are made?

Diamonds never grow naturally but have to be conditioned accordingly to make them in the most solid form ever. Diamonds are pressured under high temperature beneath 100 miles below than Earth’s mantle. Most of the diamonds are the output of volcanic eruptions. These eruptions make way between Earth’s mantles and tear the way to push the rock on surface without melting or breaking them. These blocks containing diamonds are called xenoliths. Diamonds inside these blocks are made under the high temperature. Diamonds are produced by mining those rocks which contain xenoliths.

Gujrat is known to be the greatest business hub of India and Surat being the ‘global heartland of diamonds’ added stars to its prestige. But it seems like Madhya Pradesh Government is not left behind and the dream and vision of MP government to establish a grand diamond processing plant in the state is finally on the verge of being conceptualized. The government has already allocated 350-acre land to set up a diamonds, gems and jewellery park in the Rangwasa village of Indore.

The Star of South Africa: This diamond which led to the discovery of De Beers was found in 1869. Weighing 83.5 ct. this gem was discovered by a local naïve farmer who was all unaware of its value and sold it in sum worth buying 500 sheep, 10 oxen, and a horse whereas its buyer Schalk van Niekerk had previously discovered a stone Eureka and thus was informed about the priceless gem and sold it in $50,000. Later the stone was cut in 47.69 ct. pear-shape and was put on display in 2005 at London Natural History Museum.

The Strawn Wanger Diamond: a 3 ct. gem that was eventually cut into a 1.09 ct. ideal cut D flawless—earning the AGS Lab’s highest rating, a triple zero is perhaps the most amazing finds at Crater of Diamonds State Park. The finder Shirley Strawn when realized what she has got, she got goose bumps. Its currently displayed at park.

The Jones Diamond: This 34.48 ct diamond was found by “Punch” Jones of Peterstown W. Va., while playing horseshoes. According to the mines department of Virginia, this diamond was stashed in a cigar box and was placed in backyard for more than 10 years.  Then a local geology professor came into the scene and tested the diamond declared that it was a precious stone and then it saw the light. The diamond gain popularity later when Jones mother said, “wished they’d thrown in the New River.” Later it was sold by Sotheby’s in 1984 for $74,250. This is one of the most famous diamonds in US as in US there are hardly any big diamonds found.

The Eagle Diamond: found in 1876 this Eagle diamond weight 14 ct and was discovered by a pack of workers who unearthed 12 sided while digging in a well in Eagle. Later it came into hands of Clarissa Woods, who took it as Topaz and sold it to some local jeweler in just 1 $ and later when he came to know the value of this priceless, huge diamond, he sold it off in $ 850 to Tiffany. This prompted Woods to sue and file case but all went in vain. The gem has its own history as first it remained on display at American Natural History Museum but its theft which was initiated and fostered by Jack (Murph the Surf) Murphy. Now the museum has it that all other picked and stolen precious stones have been retraced but this precious diamond couldn’t be retained.

11th Century Black Diamond: Englishman John Stevens was a treasure hunter and always used to be on hunt of something precious and unique and his dedication paid him back. He unearthed something which he took as gold bottle top. But in reality it turned out to be gold and diamond necklace from 11th century; estimated price of which is worth tens millions thousands.